O’Connor Homelands
The O’Connor/O’Conor name is to be found all over Ireland these days. The original septs originated in Connaught, Clare, Kerry, Offaly and Derry. The passage of time and historical events has resulted in the disappearance of some of the original seats of the O’Connors, but there are still several locations where the power and might of these once Kings of Connaught and Munster and High Kings of Ireland can be seen.
County Roscommon - Clonalis House, Castlerea, Co Roscommon.

http://www.hiddenireland.com/uploads/images/headerimages/group5/Clonalis.jpg
Clonalis House is the ancestral home of the O’Conor Don family. It was built in 1878 by Charles Owen O’Conor Don adjacent to the site of an older house. It is now a family home and business for Pyers O’Conor –Nash and family. You can visit for a day or stay for a week! It holds a large library and archive of family records.
The building was designed by Victorian architect Pepys Cochrell. It is a mixture of Queen Anne and Italienate architectural styles. The family was a patron of the blind harpist Turlough O’Carolan in the 17th / 18th centuries and his harp can be seen there. The coronation stone of the High kings is also on show.
http://clonalis.com/clonalis-house-history-heritage/ 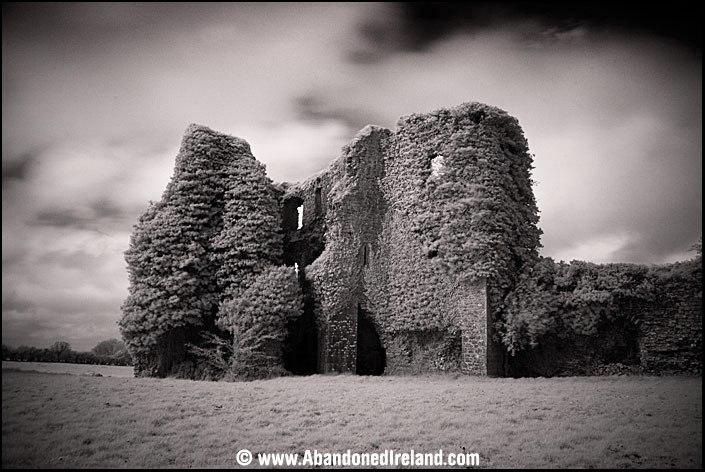 http://www.abandonedireland.com/Ballintubber_files/Ballintubber_Castle.jpg
The castle may have been built by the Norman De Burgos, but was the main seat of the O’Conor Don for several hundred years. It was taken by Cromwellian troops in the 17th century, and later regained by the O’Conor. It is said that there was also a cathedral or abbey on this site – built due to a misunderstanding. Cathal Mor Crovdearg O’Conor had promised to build a cathedral at Ballintubber, Co. Mayo, but the wires crossed (12th or 13th century equivalent) and it was built in Ballintubber, Co. Roscommon instead. Being a man of his word and King of Connaught, Cathal subsequently built the cathedral in Co. Mayo also. (See below).
http://www.abandonedireland.com/Ballintubber.html
Ballanagare village – the site of another O’Conor ancestral home was sited near here.
http://visitroscommon.com/TownsandVillages/Ballinagare.aspx
Roscommon Town has a number of connections with O’Conors of Connaught:
Roscommon Castle 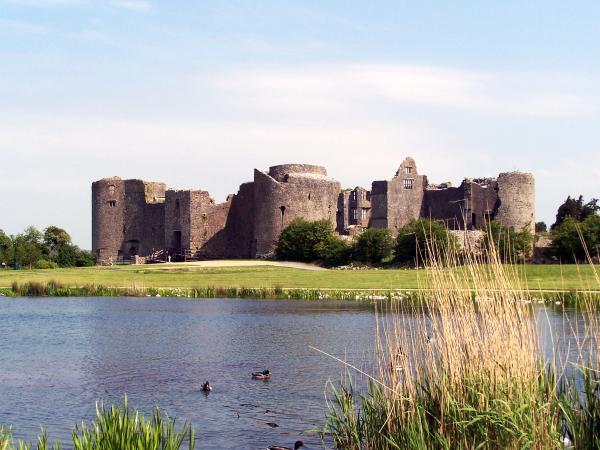 http://www.thisplacematters.ie/Portals/11/Submissions/Counties/Roscommon/roscommon-castle-ireland-teresa-mucha.jpg
http://www.discoverireland.ie/Arts-Culture-Heritage/roscommon-castle/49128
http://www.roscommoncoco.ie/en/Services/Heritage/Publications/RCC_Exploring_Roscommon_Castle_in_Medieval_Times.pdf
The castle was built by the Norman Robert d’Ufford in the late 13th century. However, this was O’Conor territory and King Hugh O’Conor wasn’t happy at this intrusion onto his lands. He attacked the interloper, resulting in the destruction of the castle on two occasions. He captured it completely in 1276. It became an O’Conor residence for 200 years until captured by Queen Elizabeth 1’s general, Sir Henry Sidney in 1569.


The Abbey or friary was founded for the Dominicans by Felim O’Conor, who was King of Connaught from 1233 to 1265. An outstanding feature of the abbey is the effigy of the founder carved between 1290 and 1300.It has been placed on a tomb with 8 mail-clad warriors including one with a battle axe. 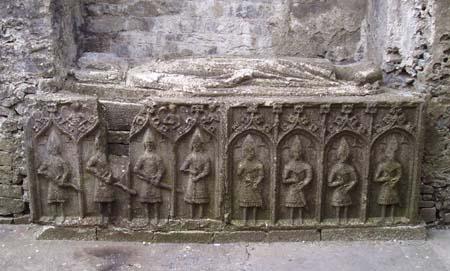 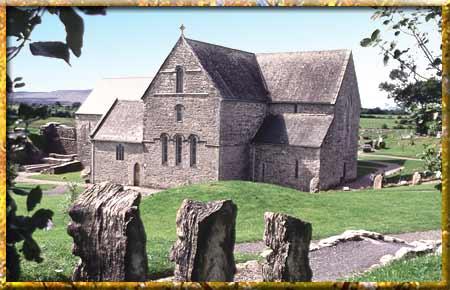 http://www.nephinhouse.com/sites/56/ballintubber.jpg
Ballintubber Abbey, Claremorris.
The Augustinian Abbey was founded in 1216 on the site of an earlier church by King of Connaught Cathal Crovdearg O’Conor. He was half-brother to the last native High King of Ireland, Rory O’Conor (buried at Clonmacnoise). The Abbey was partially destroyed during the Cromwellian period in 1653. However it has been restored and celebrated its 750th anniversary as a functioning church in 1966.The Abbey is still in use. It will celebrate its’ 800th anniversary in 2016. Maybe you’ll get an invite.
History relates that it was only the good word of O’Conor that gave Ballintubber in County Mayo its Abbey. The word Ballintubber means town of the well. As you can imagine there are several places with the same name. So, when Cathal Crovdearg gave the order to build the abbey in Ballintubber, the builders didn’t listen to the instructions (what’s new) and built the Abbey in Ballintubber, Co. Roscommon near Ballintubber Castle. When Cathal realised the mistake, he immediately promised to build an Abbey on the Mayo site. The Mayo Ballintubber Abbey has stood the test of time better than the Roscommon Abbey, as there is no sign of it to-day. Although, further excavations may show up something.
http://www.ballintubberabbey.ie/histFoun.htm
County Offaly
Clonmacnoise 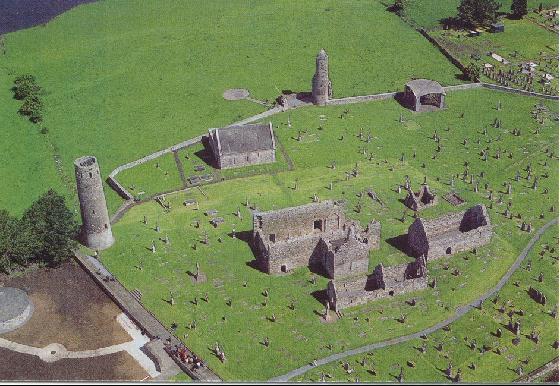 http://www.europeanadventuretravel.com/wp-content/uploads/2012/04/Clonmacnoise-Site.jpg
Clonmacnoise is one of the most important monastic sites in Ireland. It was founded by St Ciaran in 545-548 and is located at the crossroads of several medieval routes from all parts of Ireland. It was a centre of learning and a target for the Vikings and Normans who attached and burned it several times between 834 and 1204. High Kings of Ireland Turlough Mor O’Conor (12th century) and his son Roderick (Rory) O’Conor, the last native High King of Ireland, are buried in the cathedral there.
http://www.heritageireland.ie/en/midlandseastcoast/clonmacnoise/
There is also a small church, Temple Connor which is maintained by the Church of Ireland – Athlone Union of parishes. Services are held there from time to time.
http://meath.anglican.org.dnnmax.com/mainsite/ParishesClergy/Athlone/tabid/93/language/en-IE/Default.aspx
Co Galway
Tuam 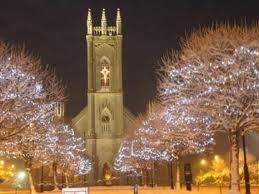 http://www.jjrhatigan.com/photos/Tuam%20cathedral%20Compressed%201%20a.JPG
St Mary’s Cathedral
A monastery was founded on this site in the 5th or 6th century and enlarged in the following centuries. Turlough Mor O’Conor, High King of Ireland commissioned a cathedral on the site of which only the Chancel Arch remains. He also commissioned a High Cross which is located in the town.
http://places.galwaylibrary.ie/history/chapter8.html
Caislean na Circe – Hen’s castle/Kirk’s castle. 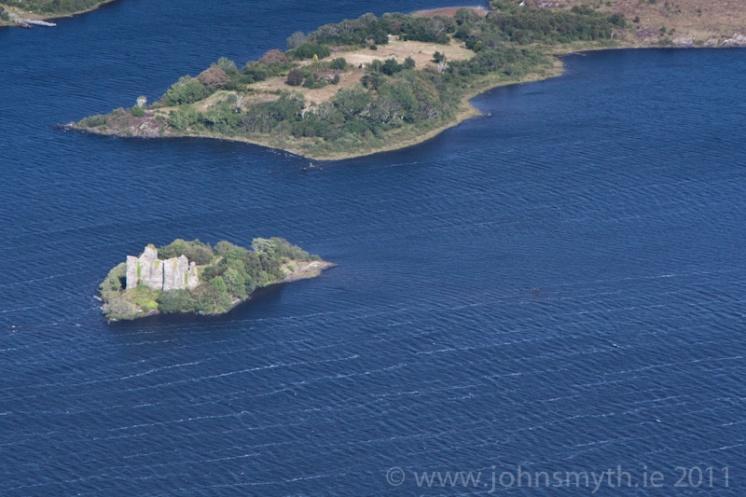 http://photos3.pix.ie/98/30/9830F02EC3634E5A9F7F2D3EF3046911-0000314357-0002517858-00800L-6289295BBAB14AF38D916948D41FFB24.jpg?w=840
Hen’s castle is built on a rock on Lough Corrib between Maam and Doon about half a mile from the shore. Needless to say with its’ O’Conor connections It has had a turbulent history. Originally built by the sons of Roderick O’Conor and Norman ally William Fitz-Adelm. It was occupied by the O’Flaherty clan for some time before beings restored to the O’Conor clan in 1225. Grace O’Malley, the pirate queen lived there in the time of Queen Elizabeth 1.
Other versions of its history tell that the castle was built by a cock and a hen in one night or by a witch who was called in to use magic to construct it, because the location is so precarious. Trust the O’Conor clan to concoct that story on a moonless night as they whiled away the time awaiting the next onslaught from the O’Flaherty’s!
Co Clare
Dough Castle, Lahinch.
Dough Castle, was originally called Dumhach Uí Chonchuir- the O’Connor’s sandbank. It was built in 1306. It remained an O’Connor stronghold until they were overthrown by the O’Briens in the 16th or 17th century. The current ruins relate to a more recent construction.
Doonagore Castle, Doolin.
Doonagore means ‘fort of the rounded hills’ or ‘fort of the goats’. A castle was built on the site by Tadgh MacTurlough MacCon O’Connor in the 14th century. The current structure was built in the 16th century and restored in the 19th century.
Co. Kerry
The O’Connor Kerry was a powerful sept in Munster. They were particularly strong in North Kerry and had the titles of Lords of Iraghticonnor and Lords of Tarbert. Iraghticonnor is still used as the name of a Barony in North Kerry.
Carrickafoyle Castle, near Ballylongford, 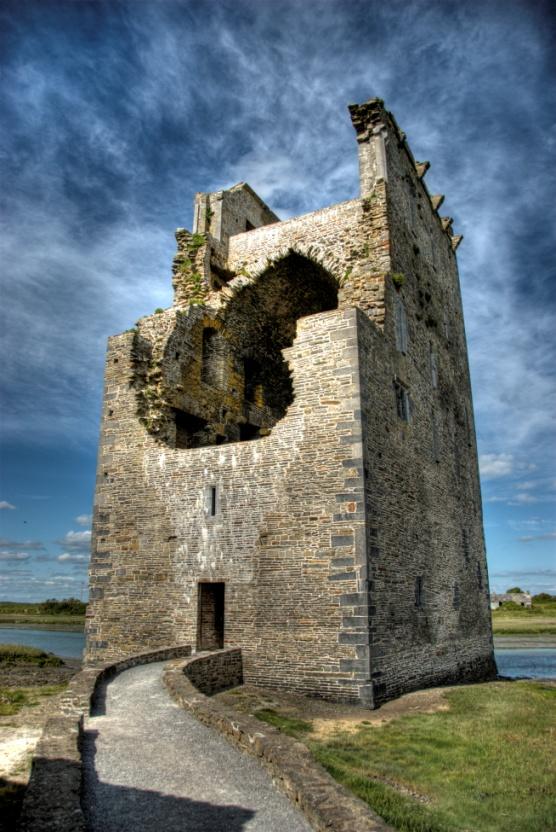 http://upload.wikimedia.org/wikipedia/commons/c/c8/Carrigafoyle_Castle_Ireland.jpg
Carrigafoyle was the stronghold of the O’Connor Kerry. It was built in 1490 by Conor Liath O Connor Kerry. It is made with limestone and stands in a strategic position on the edge of the Shannon Estuary, in an almost impenetrable position on what was originally an island. It is five storeys high. One of its interesting features is the wide spiral stairs of 104 steps which leads to the battlements.
The location enabled the O’Connor Kerry to intercept ships as they passed along the river and to extract a ‘tax’ in the form of a portion of their cargo. The castle was a target for the Elizabethan forces and was finally breached by Sir William Pelham in 1580 when all of the occupants were massacred. You’re sure to feel a frisson as you visit this place. Is it an O’Connor ancestor reaching out to you or just a passing spider?
http://www.discoverireland.ie/Arts-Culture-Heritage/carrigafoyle-castle/15653